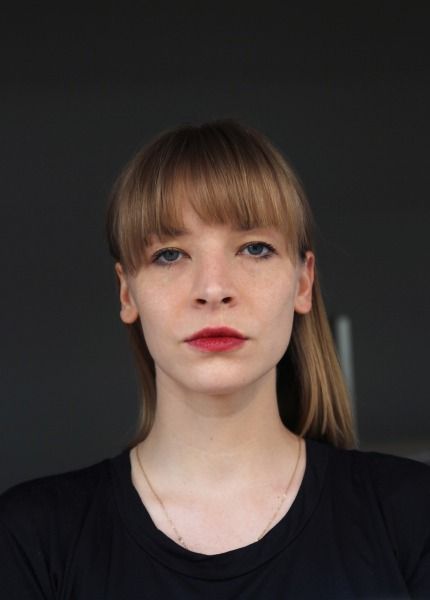 Agnieszka Polska positions her computer-generated media works in an intricate relationship between language, science and history using them to focus on the individual and social responsibility. She attempts to describe the overwhelming ethical ambiguity of our time by poetic means and the relationship between an individual and their surroundings by constantly shifting of the narrative through different scales. These melancholic journeys might depart from the laws of quantum mechanics, the female mouth or an imperfect and fragile artefact, and soon reach the horror of catastrophes on a cosmic scale.
The protagonists of her animated videos and films are often historical artists - those who left art or discredited their own role as an artist, like Lee Lozano, Charlotte Posenenske or Paweł Freisler. Polska’s videos take a hallucinatory form, composed largely of found, digitally manipulated images. Many of her works examine various processes of influence, legitimisation or exclusion in the fields of language, consciousness and history. In order to describe these processes, Polska deliberately uses visual and acoustic stimuli to affect the viewer’s brain - in other words, she triggers a very physical feeling of being immersed in what is being watched.
Agnieszka Polska was the 2017 winner of the Prize of the Nationalgalerie in Germany, and a part of the main show of the 57th Venice biennale, curated by Christine Macel.
Agnieszka Polska was born 1985 in Lublin, Poland. She lives and works in Krakow, PL, and Berlin.