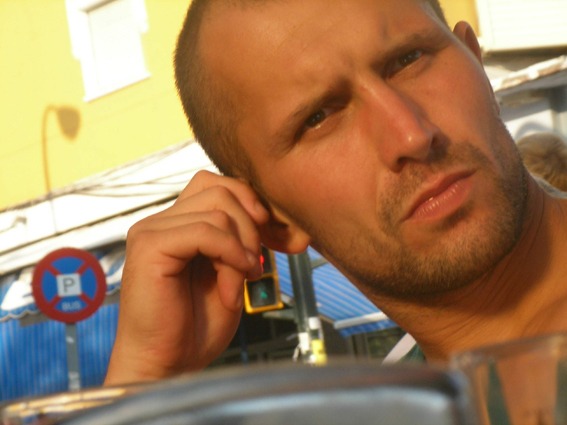 Hubert Czerepok seeks the sources of chaos in the world by undermining and compromising the systems by which the world functions. His favorite subjects comprise the art world, conspiracy theories, paranormal phenomena, good and evil, and the history of the world and society. He seeks out viruses in the system everywhere: in evil, chance, ill will, or plain stupidity. He wrote a letter to the Pope requesting the removal of a curse from a small town in Silesia (remaining to this day unreplied), investigated the history of the Nazis’ UFO vehicles (which conspiratorialists believe to have nearly led to a German victory in World War II), and educated children in building atomic bombs (made of wood). He finds the source of evil in the beauty of nature, mixed the (indistinguishable) statements of tyrants and the madmen of Romantic poetry (Lux Aeterna, 2012), and has proven that nationalist racial purification has a tradition that goes back many centuries (The Wheel Grinds the Mill, 2011). His sources are the media, the internet and historical books. He looks for imperfections in reality and spares nothing along the way, whether history, religion, or science. He demonstrates the frailty of the human mind by investigating the limits of knowledge, the imagination and logic, and exploring the spheres of the irrational. As one of his neon signs unsettlingly announces: Die Welt verschwindet (The World Disappears, 2008).

Czerepok is no moralist: all he wants is to show the scale of madness in reality. Madness is, according to him, like vertigo: it imperceptibly and definitively seduces, and is irreversible. One of his works quotes the Joker from the movie The Dark Knight (2008): "Madness is like gravity. All it takes is a little push.”

Born 1973 in Słubice, Poland. Lives and works in Wrocław, Poland.