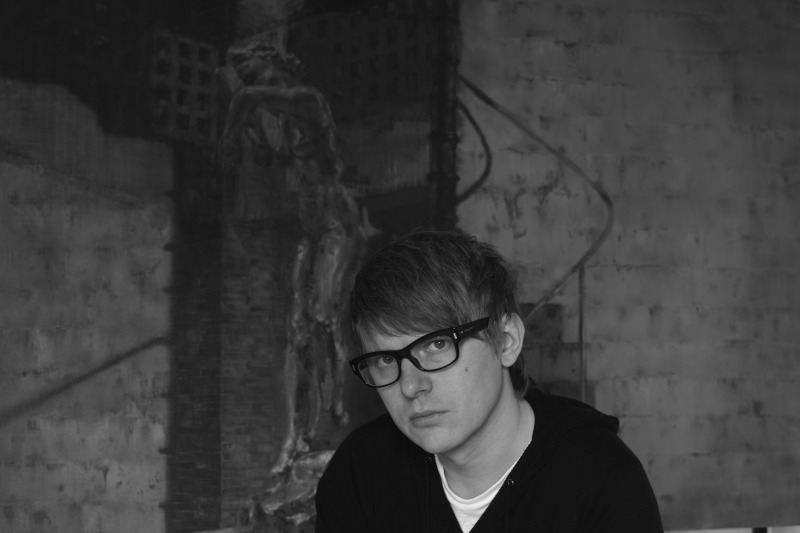 Paweł Książek’s main medium is painting, though he can be easily called an interdisciplinary artist. His interests lie in the roots of modernism. On the basis of archival photographs and film, Książek finds common motifs for seemingly disparate themes, which he in turn connects in a collage-like-way on canvas. Before Książek reaches for his brush, he seeks out iconographic sources on the Internet, in books, films (most often of the 1920s), and music. The research process is, for Książek, the main focus. He carefully excavates images to compile information that eventually converges on a core problem. His series of paintings and objects serve as an eloquent and powerfully executed formal record of this process. As such, his work is full of quotes and allusions: for example, the artist combines Black Metal music with modernism (the De Stijl vs. Black Metal series), German Expressionist cinema with modernist architecture of Central/Eastern Europe (Silent Utopia) or South America (Constructions), or the performances of Marina Abramović and Valie Export with the films of the Jackass series (N.N. vs. Artists). Książek effectively blends pop and high culture, and the past with visions of the future. This means that we might call him a conceptual painter.  He treats painting as research into visual source materials, as the final stage of a long process of iconographic research. As he himself says: "I am a phantasmatic detective creating a local vision with an unidentified ‘eye.’ I inquire into the potential of artistic creativity and the artistic potential of amateurs. It is the artists who have postulated the intimate link between life and art.” Książek brings this postulate to life—and to the canvas.
Another essential aspect of his work is that the artist places enormous value not only upon the content, but also upon the techniques and technology of painting. He uses old painting techniques that have lost their popularity, such as glaze. Książek experiments, seeking technical perfection, and every element of the painting is important to him: from the quality of the canvas, to the kind of undercoat, paint, and varnish. Moreover, he is a painter that has developed his own highly recognizable style.
Paweł Książek was born in 1973 in Andrychów, Poland. Lives and works in Krakow, Poland.
ŻAK | BRANICKA
Lindenstraße 35
D-10969 Berlin
+49 177 5018190
mail@zak-branicka.com