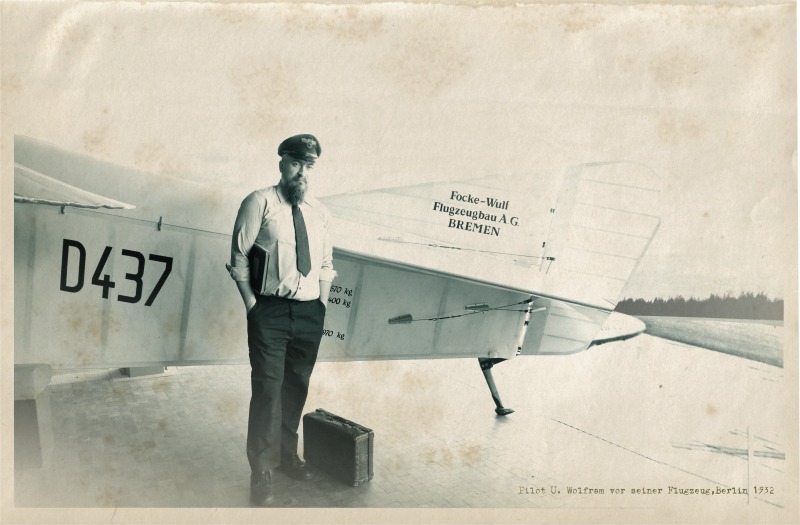 Robert Kuśmirowski impersonates time travelers, alchemists and scientists, transforming himself into discoverers and technological pioneers. He is a manipulator of reality, imitator and ingenious counterfeiter. For the most part, Kuśmirowski‘s works are based on the reconstructing or copying of old objects, documents, photographs, or rather on the creation of delusively similar imitations. In 2006, he built a wagon made of cardboard and polystyrene which was installed in the Jewish school for girls during the Berlin Biennale. Later, this reproduction was put up at the Hamburger Bahnhof – Museum for Contemporary Art. The imitations often don’t have a specific prototype, but only evoke the material culture of a certain time. However, their characteristic features are watch-maker’s precision and meticulousness. At first sight, his works seem to be trouvailles with significant historical meaning. On closer inspection, they turn out to be perfect imitations consisting of plain material. In the case of photographs, Kuśmirowski recreates imagery in photography by using people from the present as well as himself as models for imitated historical photographs. Among the fake items one will also find bits of actual relics, a circumstance leading the observer into further confusion. Complex narrations of the past as well as memories are endowed with a direct connection to the present. This connection also becomes apparent in extensive installations: in 2009, the artist turned the Barbican Art Gallery in London into a Second World War bunker. The observer of Kuśmirowski‘s works soon realizes that what he sees is no longer a guarantor for truth but a construction of his imagination transformed into a notion of realness. New becomes old, fiction becomes reality. Kuśmirowski returns to the issues of memory, history and nostalgia that accompany the visual culture of the far and recent past, slowly disappearing under its new layers. The observer’s flights of thought are navigated by a visualized trajectory, he is confronted with a blend of the past and present, a reality that floats between times and within imagination.
ŻAK | BRANICKA
Lindenstraße 35
D-10969 Berlin
+49 177 5018190
mail@zak-branicka.com