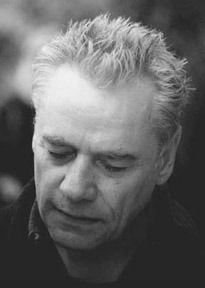 Ryszard Wasko is one of those artists whose creative attitude was shaped in the nineteen seventies. His work was a part of that decade and helped to form Polish art in the following years. The unconventionality and radicality of his works is still a challenge to modern art historians because they demand equally unconventional methods of interpretation. A scholar analyzing artistic events in Poland of the last twenty five years, who might try to describe and interpret Wasko’s work by placing it in the space marked by any of the artistic genre categories, would have to admit quickly that such an attempt is completely futile. Wasko’s works are not limited to any of the artistic genres he uses because they easily cross the borders between them: And his individual realizations, even if they reamin - due to the materials used and some general genre manifestations - within a certain kind of art, they still cannot be explained by referring to the characteristics of that branch of art which is realized in them. On the contrary, quite often the fundamental principles which make up the structure of the artefacts come from a different branch of art than the one in which the works were actually created and where we would be inclined to place them. This suggestion leads to the hypothesis that the character of Ryszard Wasko’s work in general, as well as the character of his individual works, is often defined by inter-generic, inter-media relations. Those works set in motion a whole net of intertextual relations on the level of general structural and ontological determinants, and on the level of different types of perception and rules of interpretation. In other words, in order to grasp a work which belongs to a certain artistic genre in its specificity, one should refer to its non-specific features which are characteristic for another kind of art. Another hypothesis in regard to his work may state that if a work by Ryszard Wasko belongs to a different kind of art than film, it is precisely film which plays the role of the "intertext” with regard to the work. In such a case, one might also want to examine how the process of intertextual references is realized with regard to films.

Ryszard Wasko studied at the Łódź Film School, Poland. Here, he became a member of the Workshop (Workshop for Film-Making, 1970–1976). In 1981, he organized the famous exhibition Construction in Process, which later underwent further editions in Germany. Wasko has received awards from the Pollock-Krasner Foundation three times, and has exhibited in the Centre Georges Pompidou (1983), at the documenta 6 in Kassel (1977), the Venice Biennial (1991, 1999, 2001, 2007), the São Paulo Biennale (1973), and the Sydney Biennial (1980). For two years, he was Artistic Director at PS1 in New York. In 2016 he was a recipient of the prestigious Francis Greenburger Award.