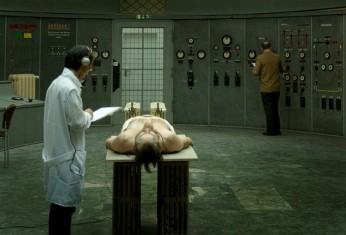 Group ShowOpening on Friday, June 26, 2009, 6-9 pmWojciech B? kowski, Yane Calovski, Sławomir Elsner, Katarzyna Kozyra, Paweł Ksi? zek, Zofia Kulik, Robert Kuśmirowski, Agnieszka Polska
One of the most popular artistic practices is the filling system: the active construction of an archive. Philosophers such as Jacques Derrida and Hal Foster site this process in their search for a key to defining and understanding the trajectory of contemporary art. [1] ZAK BRANICKA presents work by seven of the gallery’s artists based on different forms and interpretations of the archive.  Zofia Kulik is an artist who has self-constructed archives composed of collected documents and photos. Starting from the 70’s, Kulik also documented performances and artistic life, leading her body of work to become a unique archive itself of the Polish avant-garde movement. Paweł Ksi? żek represents uses already existing archives, particularly the Internet, to build new structures that finally result in series of paintings and photographs that are composed into installations, as in his “Silent Utopia” project. The results of such extensive research into archives can often be the construction of fake narratives or the reconstruction of a once potential but unrealized history, as is seen with in Yane Calovski’s work, which employs various municipal archives of the city of Skopje, Macedonia as its source. This investigative process can even culminate in attempts to manipulate existing history, as Agnieszka Polska does by using old newspapers as her material archive and altering their contents with new technologies.  Private, as opposed to public or historical, archives may recount autobiographical events as in those painted directly onto film negatives in Wojciech Bakowski’s piece, “Shame.” The film set deeply in the punk aesthetic shows Poland as it was in the 80’s. The private archive can as well be a place for forgotten works such as Kataryzna Kozyra’s student work, “Karaski in Beef,” previously underestimated and later revived after years, since heralding wide acclaim. Finally, the construction of a forgotten or unrealized past is possible if the source material is real but what happens if the archive itself is even fake? Robert Kusmirowski’s film, “DATAmatic 880”, seems as though it is from the 60’s but it is he himself lying on the operating table replacing what would be the anonymous figure from the past.
Each artist engages actively with the form, approaching the process from diverse angles. In these differences, they illustrate the malleability of the archive form and the flexibility that it inherently allows.
[1] Michel Foucault, The Archeology of Knowledge, 1969; Jacques Derrida, Archive Fever. A Freudian Impression Chicago and London 1996, Hal Foster, The Archives of Modern Art, “October” no 99, Winter 2000