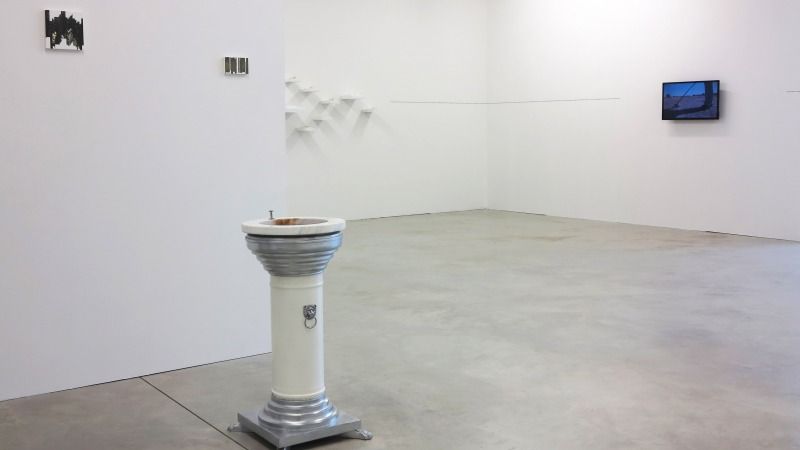 A recurring theme in Joanna Rajkowska's works is collective memory. This is often central to her works in public spaces, for example, Greetings from Jerusalem Avenue (2002, Warsaw), or Benjamin in Konya (2010, Turkey). Rajkowska sometimes uses private mythologies in her work, which in her interpretation become a universal story.

The exhibition Gold, Silver, Brass includes works created by Rajkowska over the past six years. The starting point is the artist's family history – an ordinary bourgeois family from Warsaw, their story similar to that of thousands of other families, which together shaped the identity of Eastern Europe and its collective memory in the 20th century.

Joanna Rajkowska's works are an invocation of the past. Beneath the superficiality of everyday life the artist reveals layers of memory and touches the wounds of the past, from which we all bear scars.