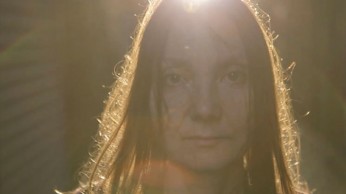 Looking for Jesus is the latest project by Katarzyna Kozyra, a project in the making, beginning over a year ago, and continuing its creation for at least a few more months. This time, Kozyra assumes the position of a researcher, allowing us—the audience, the press, the public—to be interested in her works: into the formation process of the work, the subsequent stages of editing, tracking the film or rather video installation, from the very beginning of its creation.

The project was produced with the support of Ministry of Culture and National Heritage of the Republic of Poland and a private collector.
The starting point for the artist is the so-called Jerusalem syndrome—an acute delusional disorder, being first clinically described in the second half of the twentieth century. Patients suffering upon visiting Jerusalem or the so-called Holy Land, identify themselves with biblical characters, and above all, mostly with the Messiah. Kozyra along with a film crew went to Jerusalem in the spring of 2012 to find those, whom at the beginning of the twenty-first century, believe they are Jesus. The result of this trip is over fifty hours of material, shot during the preparations for Easter in the Holy Land; images of Jerusalem, a stage for religious rituals, on which there are people of different backgrounds, beliefs, and creeds trying to convince the artist of their wonder and truth about being the next Messiahs as well as the colourful crowd of pilgrims and locals that are always surrounding her. Here, a continuous performance is taking place before the artist’s eyes, in which she is not the main character or participant, but only a recipient, trying to find and record every bit of what is going on in this holy city.

The editing process, the constantly repeated review of the material and its lengthened viewing is the next stage of the contemplation of this "presentation". At the same time, being the attempt to verify certain facts derived from the participants’ statements and to listen to their stories “anew”, which builds its own history, an alternative scenario from the beginning. It is also a moment in which the artist asks herself as well as us, the next questions: What are the mechanisms that shape our beliefs and our faith? How do we perceive reality and how do we build its view? Isn’t a critical approach and a constant verification of facts, just another kind of the intuitive desire to believe in the power of reason?