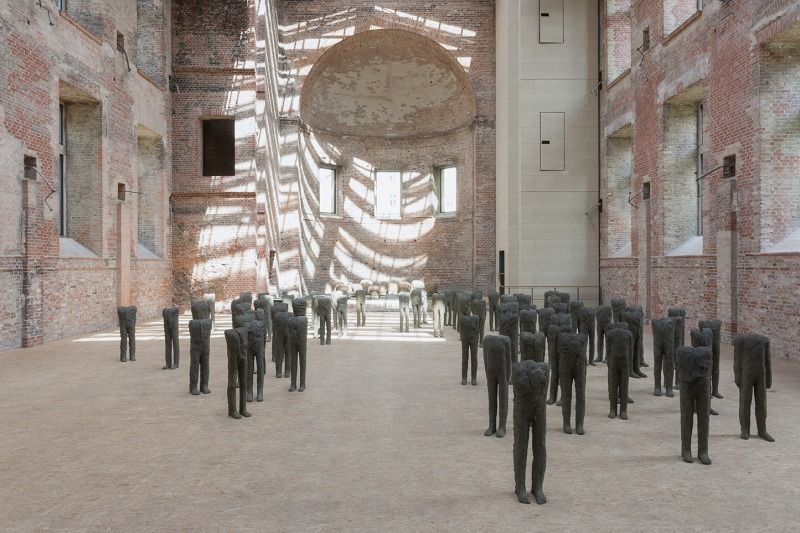 As part of the Gallery Weekend Berlin 2015, ŻAK | BRANICKA is proud to present, for the first time in this magnitude in Berlin, a solo presentation by Magdalena Abakanowicz (b. 1930) at St. Elisabeth Church.The centerpiece of the exhibition is a monumental installation titled Bambini, consisting of 83 life-sized sculptures, which was shown in venues such as the Metropolitan Museum of Art in New York (1999), the Jardins du Palais Royal in Paris (1999), or the Reina Sofia in Madrid (2008). The show will also include the works from the series Backs, Bella I and Bella II. Further works can be seen at the gallery space in Lindenstraße 35.