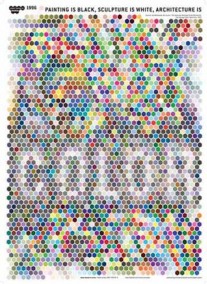 
The project a hypothetical program of a "lost museum" designed by a Polish architect Oskar Hansen in 1964. Meant to become a symbol of the city's progress and "immortality" following the devastating earthquake on 26th of July 1963, the competition for the best design of a new art institution was organized by the Polish government as a gesture of solidarity and was open exclusively to architects from Poland and other Eastern Block countries.

Oskar Hansen's proposal was based on peculiar assumptions: the museum was to consist of "a transformable exhibition space, able to fold completely and then unfold into various combinations, with hexagonal elements lifted by hydraulically-powered rotating telescopes." In this way the structure would transform in horizontal and vertical dimensions at the same time. In the proposal the architect wrote: "Art in its development is unpredictable. We have assumed that a contemporary gallery should pursue the unknown in art. It shouldn't only aim at exhibiting artworks, but also encouraging and provoking their birth." Hansen's design was not implemented. The jury finally selected a design submitted by a team of three Polish architects: W. Klyzewski, J. Mokrzynski and E. Wierzbicki. The project by Calovski and Ivanoska is a study of multiple hypotheses surrounding reading of art historical references. It manifests a view on historical analysis involving the documentation of Hansen's proposal and of the possible exhibition and lecture programme that would have engaged artists such as Paul Thek, Mladen Stilinovic, Andrzej Szewczyk, Ana Mendieta, Ad Reinhardt, and others. The project is also a reflection on musealization of art and construction of parallel historical narrations. What would have happened had Hansen's utopian proposal been accepted? What kind of curatorial strategies would have been enforced by the reality of a "foldaway museum"? Can we foresee any artistic reactions to the idealistic umbrella-like platforms that were, after all, supposed not only to host but also to inspire art? These are some of the questions the new work of Ivanoska and Calovski is posing while they fantasize about alternative art history which they construct on the basis of contemporary knowledge of Central and Eastern European avant-garde art.