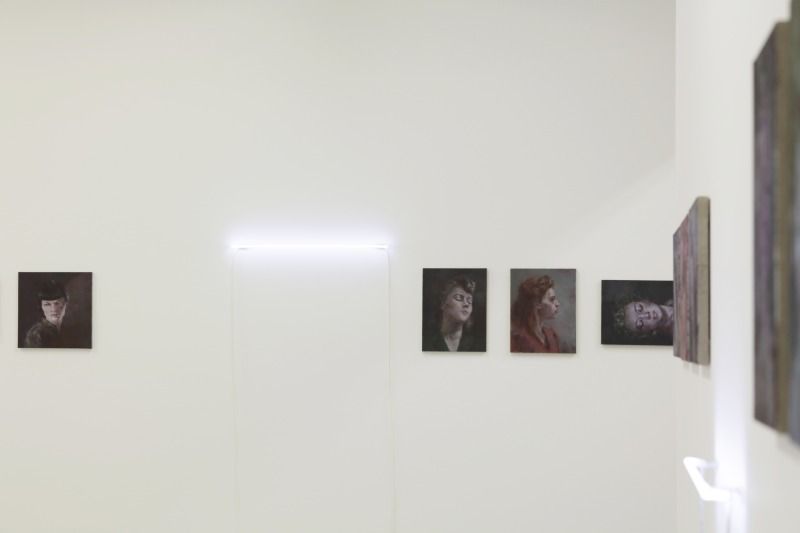 ŻAK | BRANICKA gallery is proud to present the third solo exhibition by Paweł Ksi? żek, titled Figures.
The word "figure" derives from the Latin language; it can be abbreviated as "fig." or symbolised by the Greek letter "φ", which refers to the figure, can be a symbol of luminous flux as well as golden ratio. Paweł Ksi? żek uses this ambiguity as the starting point for his new series of paintings entitled Figures.
Paweł Ksi? żek is a painter – an analyst. His paintings cannot be traced back to an emotional source, but rather are a result of a process of research. The artist’s strategy relies on the analysis of visual sources as in his previous series of paintings (for example, NN vs. Artists). In Figures the available raw materials (including photographs depicting different phenomena or people coming from visual arts, pop culture, movies or the internet) are collected by the artist. Ksi? żek then, classifies and processes them through the medium of painting. In this way, Ksi? żek directly refers to the methodology developed by Aby Warburg, based on the building of iconographic atlases and their comparative analysis.