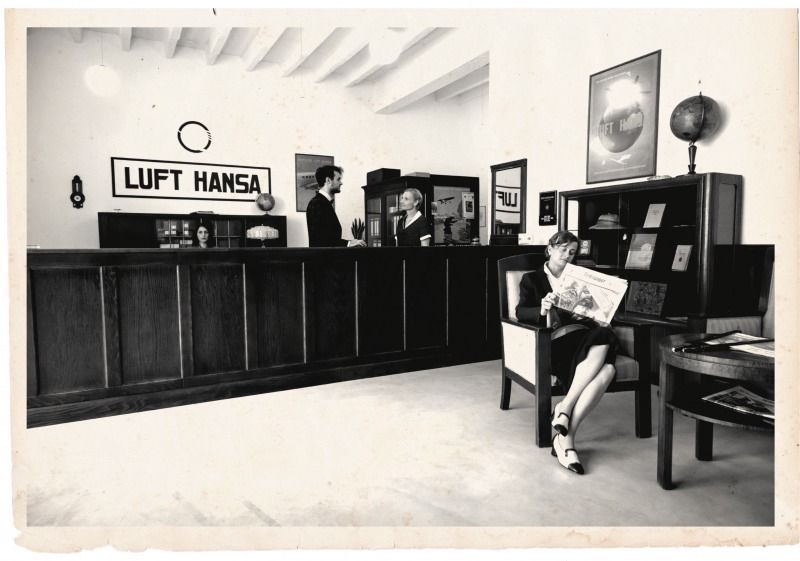 LINDENSTR. 35 BERLIN
Opening: Friday, April 28 2017, 6 to 9pm
Exhibition: 29 April, 2017 – 01 November, 2017
ŻAK | BRANICKA is pleased to present in the frame of Gallery Weekend, Robert Kuśmirowski’s Lindenstr. 35, Berlin. On this occasion, the gallery’s traditional space will vanish, time will be shifted back about 80 years and history will be relived.
The year 2017 is of special significance for ŻAK | BRANICKA, that in 2007 had ist debut with the exhibition Datamatic 880 in the Galerienhaus at Lindenstr. 35. Ten years later, Kuśmirowski will once again transform the space of the gallery, this time with a project dedicated to the space and the building. In his practice, Robert Kuśmirowski blurs the line between fact and fiction. For this project, he uses the history of the building as the starting point of his playful research. He collects, bends and constructs these finely crafted time hiccups as a means to remind us that the past has a tendency to repeat itself. He explores ideas of history and its representation as well as memory. But also demonstrates in an uncanny way the artist’s self-identification with an imagined collective past. Kuśmirowski uses the past as his raw material and simultaneously re-invents it through his use of fake pictures, forgeries and unlikely materials that question our individual and collective memory transforming the Present into his personal imaginary time capsule. Kuśmirowski assumes the protagonist’s role in these imagined installations where he is the actor, the director and the audience. At the 4th Berlin Biennale his installation was modeled after train carriages used to transport
detainees to Auschwitz. He then created a life-size Bunker out of Barbican’s history and location – a site that was devastated by bombings during World War II. And, with his newest project for ŻAK | BRANICKA, Time as we know it travels back to the early dream of airtravel...