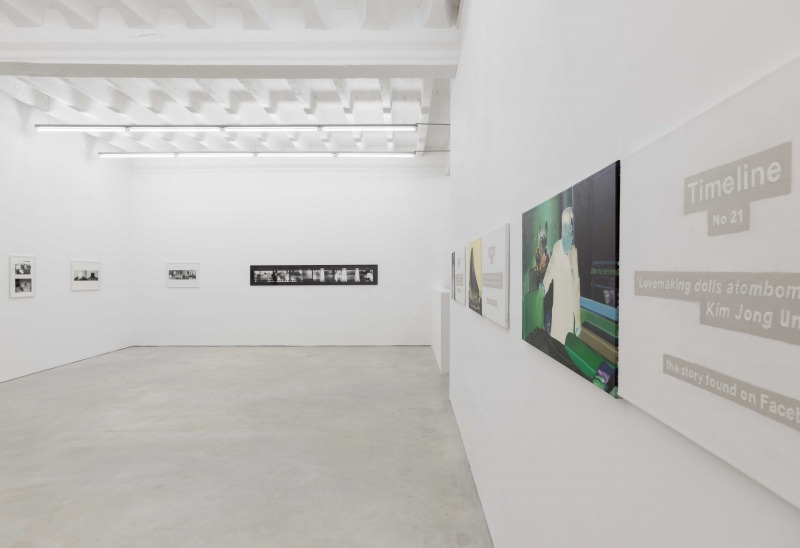 Who's Afraid of Colour? (Positive vs. Negative)
Opening: Friday, 28 October 2016, from 6 to 9 pm
Exhibition: 29 October, 2016 – 14 January, 2017
ŻAK | BRANICKA is delighted to present Who’s Afraid Of Colour (Positive vs. Negative) by Ryszard Wasko, marking this as his third exhibition at the gallery.
The earlier exhibitions focused on works from the 1970s and then from the 1980s. This most recent exhibtion now shows a cross-section of Wasko’s whole body of work and focuses on his two most important motive, Positive vs. Negative and his Relation to Colour. Wasko’s oeuvre has gone through strong transformations during the passing decades. He started with conceptual black-and-white photography in the 1970s. In the 1980s, he mainly worked with installations and sculptures, until he finally discovered classical painting for himself. Despite the formal differences, he returned (and keeps coming back to), the same motives that have inspired him since the begining. His most significant motives certainly include the contradiction between positive and negative. Back in the 1970s, in works as Things (1972) and Dematerialisation (1972), Wasko is looking at analytical photographs and asking why a negative seems to be unimportant; just as if it was the weakness of photography, and only the print (the positive) becomes the "real" photograph. With his experiments he investigates this phenomenon and tries to revise the significance of the source: for me, it was about the equality of both realities, he says. Decades later, in more recent series such as War Games (2003) or Timeline (2014), he tries to fabricate the nonexistent negatives of digital photographs. The central theme of the exhibition is Wasko’s relation to colour, which has evolved during in the course of time. He explains the fear of colour among the artists of the avantgarde of the 1970s: the rule of ”sparingness” used to prevail. Although at that time, colour photography was already quite common (mainly in commercials and tourism), the majority of the artists used to avoid colour and continued to work with black-and-white photography. We thought that in this way ideas could be brought to the point much more clearly and that they would be free of unnecessary decoration. Despite this he will later discover colour for himself. Wasko leaves photography behind and picks up the paintbrush. This was for him a similar statement to the one of Barnett Newman: Who's Afraid of Red, Yellow and Blue (to which the title of this exhibition makes a reference to), and also to Kazimir Malevich’s Black Square. With this gesture Wasko distances himself from the strictness of Conceptual Art. However, this is also an attempt to discover different media, to test the borders of their possibilites.  Ryszard Wasko studied at the Łódź Film School , Poland. Here, he became a member of the Workshop (Workshop of the Film Form, 1970–1976). In 1981, he organized the famous exhibition Construction in Process, which later underwent further editions in Germany. Wasko has received awards from the Pollock-Krasner Foundation three times, and has exhibited in the Centre Georges Pompidou (1983), at the documenta 6 in Kassel (1977), the Venice Biennial (1991, 1999, 2001, 2007), the São Paulo Biennale (1973), and the Sydney Biennial (1980). For two years, he was Artistic Director at PS1 in New York. After the German reunification, he returned to Łódź. Today, he lives and works in Berlin.