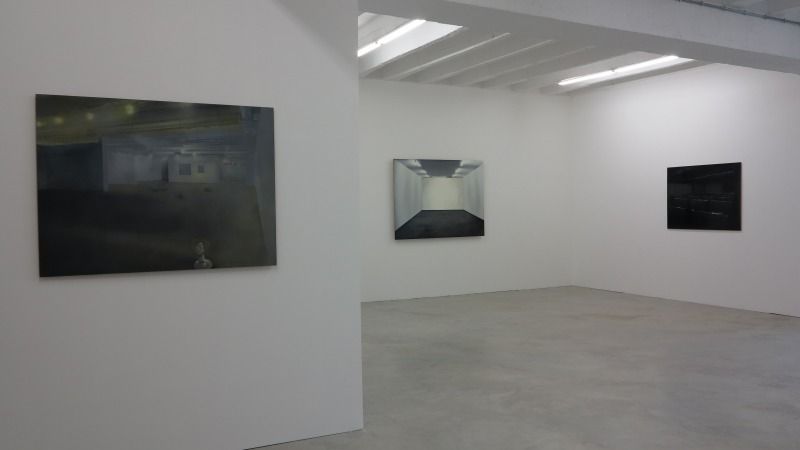 You are cordially invited to the exhibition opening on Friday, September 20, 2013 from 6 to 10 pm.ŻAK | BRANICKA is thrilled to present the second solo show at the gallery by Szymon Kobylarz, titled Art for Art’s Sake.

The idea for his latest project was born in 2011, when Kobylarz made the "Magazynier" [Storehouse Attendant] installation at Kronika Gallery in Bytom. He used some of his previous works in constructing it, dismantling and reusing them as building materials. This sort of recycling or utilization of art was not only a way of cleaning out his storeroom, but also expressed a doubt of sorts: "I wonder about the sense in physically producing works of art,” says Kobylarz.
He knows from experience that art chiefly exists in the social consciousness as reproductions, and that the dark visions of Walter Benjamin's "Work of Art in the Age of Mechanical Reproduction" have been fully rendered—if not surpassed.

It is from these doubts precisely that his latest series has come about: "Art for Art's Sake". The title pertains to the nineteenth-century concept of "l’art pour l’art" introduced by the French literary group known as the Parnassians. This concept, stating that art ought to serve no aims other than itself, was swiftly adopted by art criticism.

"Art for Art's Sake" is a series of pictures depicting the interiors of exhibitions that never took place. This happened for various reasons: either they were too expensive or too difficult to execute, or even, from a technical point of view, impossible to stage. There are also those that would have been simply too boring. None of this means that these exhibitions should be utterly forgotten. How beautiful are gallery interiors covered in dust, how melancholy is a museum with a labyrinth of empty showcases? And what if natural phenomena could be enclosed in a gallery space: a rainbow, aurora polaris or St. Elmo's fire?

Szymon Kobylarz was born in Świętochłowice in 1981. He lives and works in Katowice. After his studies at the Academy oft he Arts in Katowice (2002–2007) he was awarded by the director of BWA gallery for Contemporary Art in Wrocław within the framework oft he renowned Geppert-Award in 2009. Kobylarz’ work Nose Punch Machine is on show together with works by Marcel Duchamp, Peter Fischli/David Weiss, and Bruce Nauman amongst others as part oft the group exhibition Slapstick! at the Kunstmuseum Wolfsburg until February 2, 2014. A catalogue accompanying the series Art for Art’s Sake will be published in English and Polish in September 2013.