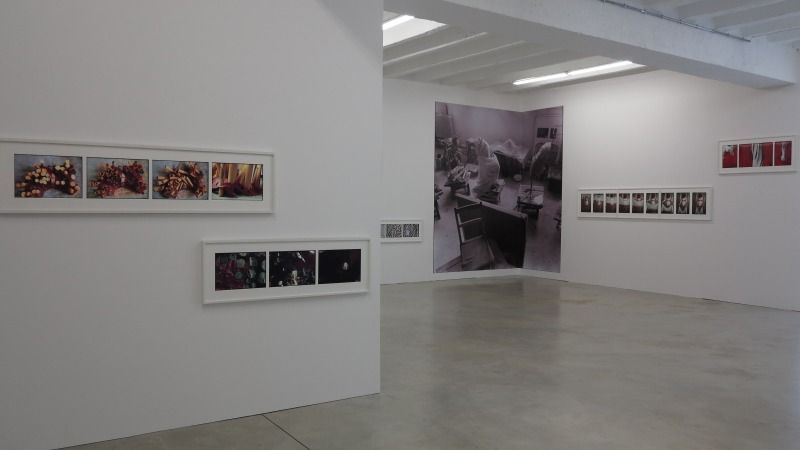 For this year’s Gallery Weekend Berlin ŻAK | BRANICKA is delighted to present an exhibition by Zofia Kulik, entitled Instead of Sculpture – Sequences 1968-71.

This exhibition is a double "return" for the artist: a return to her solo work after several years spent working on the archive and publishing a monumental monograph dedicated to the artistic duo KwieKulik , and also a return to her earliest artistic explorations; to her graduation work created in 1970/71 at the Sculpture Department of the Academy of Fine Arts in Warsaw. This project has not seen the light of day for over four and a half decades, and was never finally edited. Selected fragments from this work will be presented for the first time as a photo sequences at ŻAK | BRANICKA.

During her studies, Zofia Kulik was always carrying a camera, constantly recording reality and setting up objects, models, and finding situations, which she then photographed. Her interest shifted from the material, static sculpture-object to an analysis of the dynamic spectator-object relationship.

A fundamental part of Zofia Kulik's work was a slide show made of around 500 photos, and a theoretical component entitled Film as Sculpture, Sculpture as Film—a kind of map of references, quotes, and personal reflections organized in a way that resembles a contemporary hypertext. In this text Kulik researched the relationships between the sculpture and the viewer, and the process of creating a sculpture in the viewer's perception. She wrote: "What is film? Space in time. What is sculpture? Space in time. What’s the difference? Film is sculpture but in a linear form (of the film frames). The form is defined not by the process of coding but the process of restitution (playing back): the permanent flat screen always equidistant from the viewer. A series of pictures appears on the screen. This series is nothing other than a series of profiles carved out of matter.”

Kulik's sculptural and photo activities, as well as her theoretical writings, which equate the creative process with the reception of a work, paved the way for a radical reformulation of the definition of sculpture and justified the making of sculpture projects using non-traditional media, such as film and photography. From today's perspective it turns out that, in parallel with international artists of the late 1960s and early 1970s, Kulik had carried out all the postulates of the definition of new sculpture as described a decade later in Rosalind E. Krauss's famous essay Sculpture in the Expanded Field: that sculpture is defined by excluding those things which are not sculpture, combining landscape and not-landscape, or using photography with reference to marked sites. Krauss wrote: "But in addition to actual physical manipulations of sites, this term [marked site] also refers to other forms of marking. These might operate through the application of impermanent marks […] or through the use of photography.”

Kulik's artistic method even went a step further. If the viewer and the perception process are inextricable parts of the sculpture, it is logical that time is also a component of the sculpture. For Kulik, therefore, a sculpture is a process in time, with no precise beginning or end, with no concrete narrative or history. For this reason, instead of sculpture, her method was to choose photo sequences taken whilst working on materials, models' bodies, and found objects. The processual and visual aspects were very important to her: she used impermanent and readily available materials—crepe paper, colored paper, and fabrics—from which she made abstract compositions with pop-art color schemes. Their aim was to perform intellectual operations on pictures, and to explore visual forms. She consciously abandoned film as a medium in order to keep the viewer from focusing on the plot.

All the motifs and creative strategies that Zofia Kulik used from 1968 onward (such as documentation as a part of the artistic strategy or exposing the relationship between the work, the creative process and the documentation) were developed later in the methodology of KwieKulik. This duo, in which she worked with Przemysław Kwiek from 1970 to 1987, was one of the most important groups of the Polish neo-avant-garde. Although Zofia Kulik has been working solo since 1987, her present work continues her explorations from before KwieKulik came into being. She concentrates on photography by creating multiple-exposed black-and-white photographs from numerous small pictures, collected over years in her photo archive.