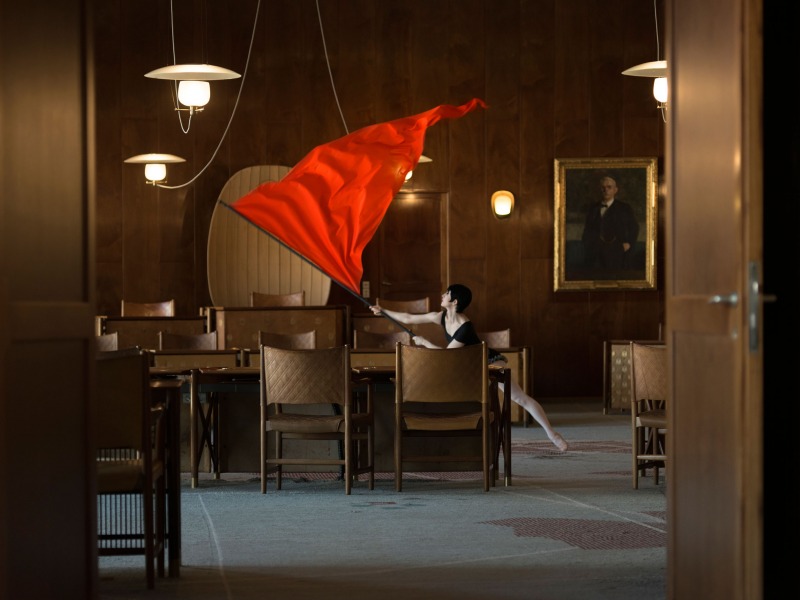 Jasmina Cibic’s extensive multi-media installation represents the culmination of her ambitious project for European Capital of Culture Aarhus 2017. The exhibition includes her most recent film, Nada Act II, alongside other works. Cibic shot Nada: Act II in Arne Jacobsen’s Aarhus City Hall, within which she places a recreation of the performance of Bela Bartok’s pantomime ballet The Miraculous Mandarin at the 1958 Brussels EXPO. It was this work that the Yugoslav Republic chose to represent its new direction on Nations Day almost sixty years ago. Here is it repurposed, mis-imagined and overwritten in collaboration with the choreographer Lea Anderson.